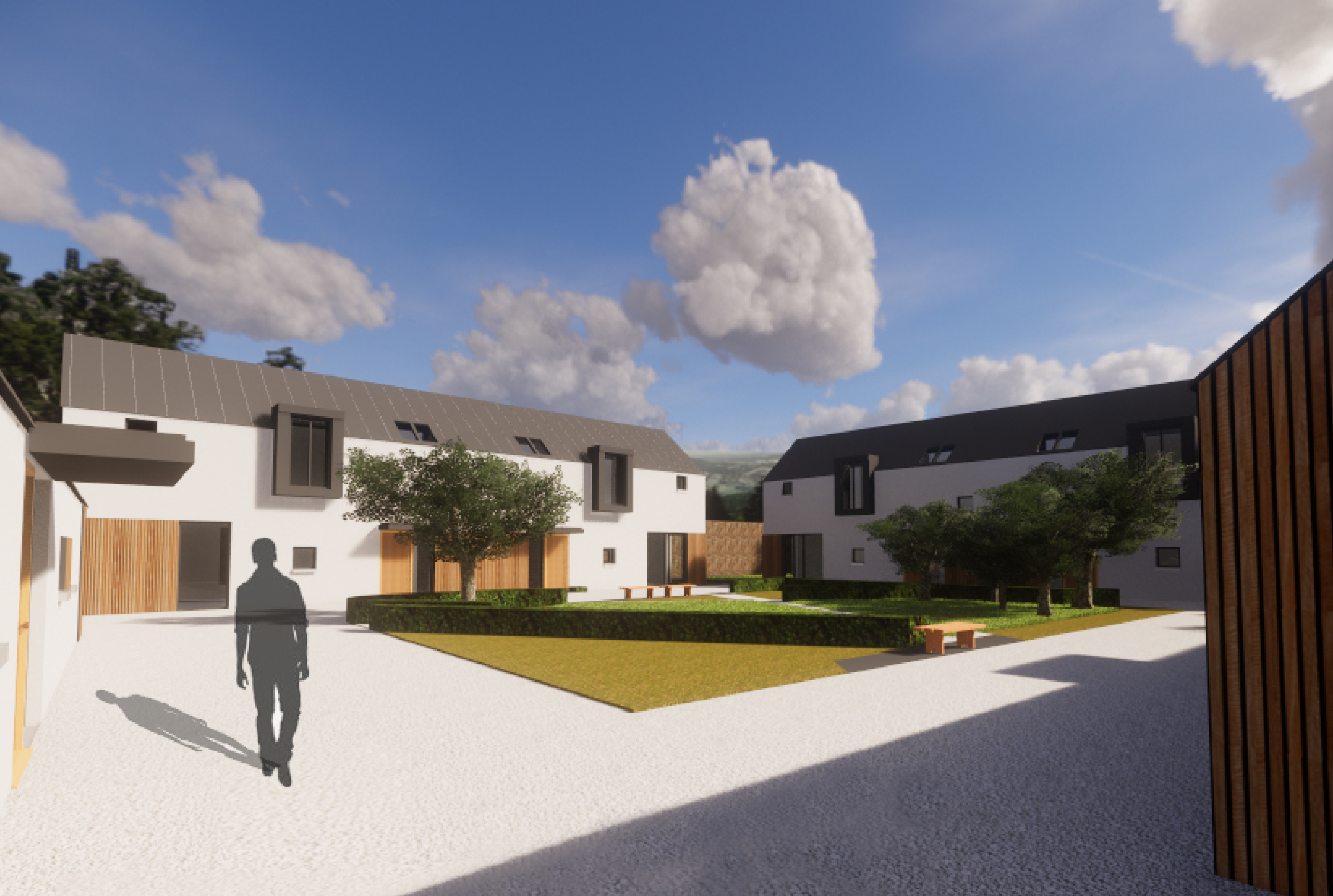 Located in the estate of Burton Park, a protected structure, the proposal consists of six two-bed units (2 x two-storey units and 2 x one-storey units) which are to be located within the existing walled garden to the rear of the existing Coach House.

Four linear traditional buildings are designed to reflect the composition of a typical rural farmyard. The layout is designed to limit the impact on the existing outbuildings in the locality of the site, while also supporting the community-based lifestyle that is promoted in Slí Eile.

It is proposed to maintain the existing boundaries of the site, which offer shelter and privacy, while reducing the prominence of the proposal on the surrounding landscape and existing buildings. The placement of the two-storey units (to the north and east) and the single storey units (to the south and west) respond to these existing boundaries, with the high brick wall to the north and the trees and hedging to the east absorbing the visual impact of the two-storey units. Car parking is discreetly positioned behind the existing brick wall to the north of the site.

The placement of the buildings maximises the use of sunlight on the site, allowing midday and evening sun to fill the internal courtyard garden.

The design proposal limits the overall impact on the existing buildings while providing communal independent living within the setting of Burton House.

The placement of the buildings maximises the use of sunlight on the site, allowing midday and evening sun to fill the internal courtyard garden 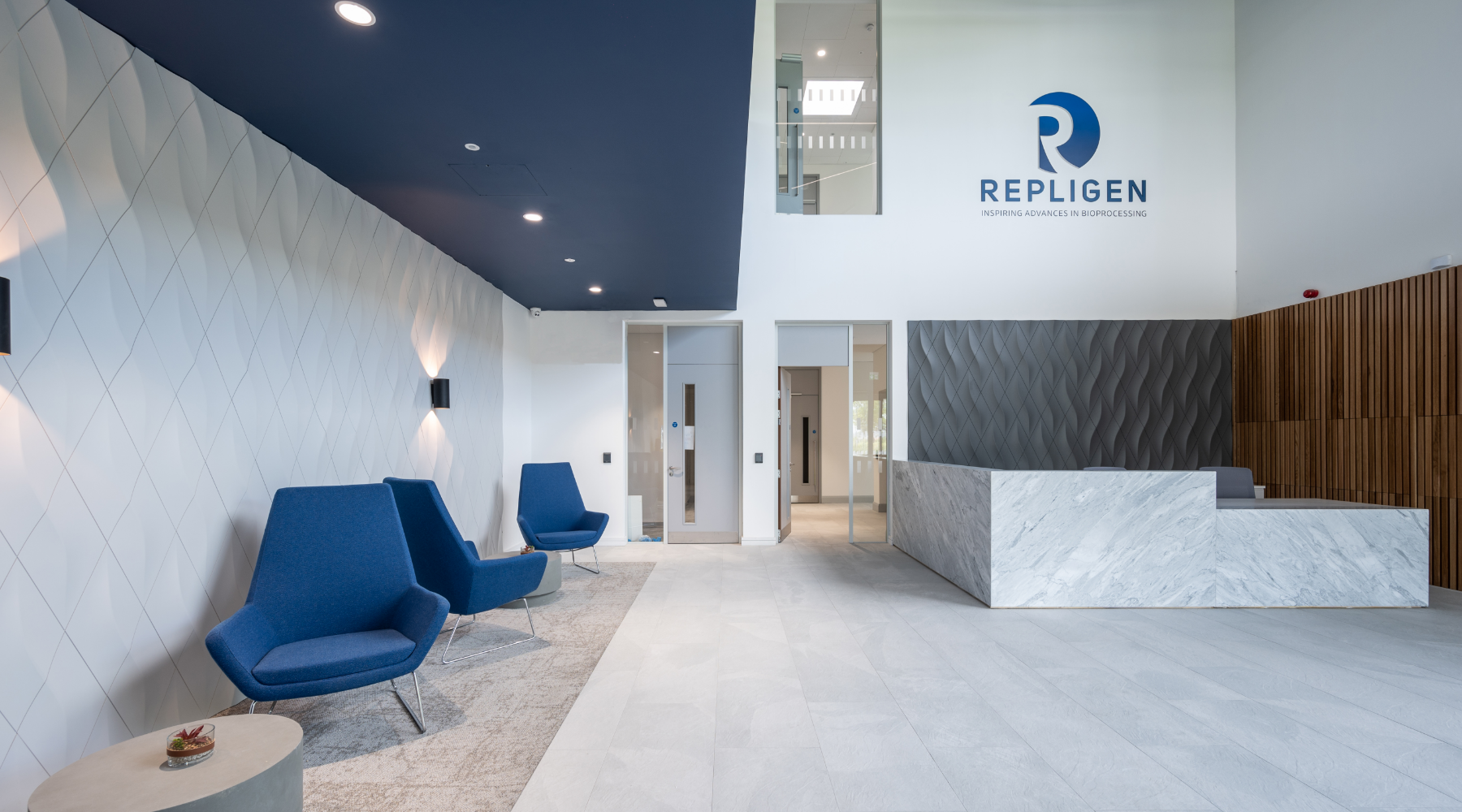 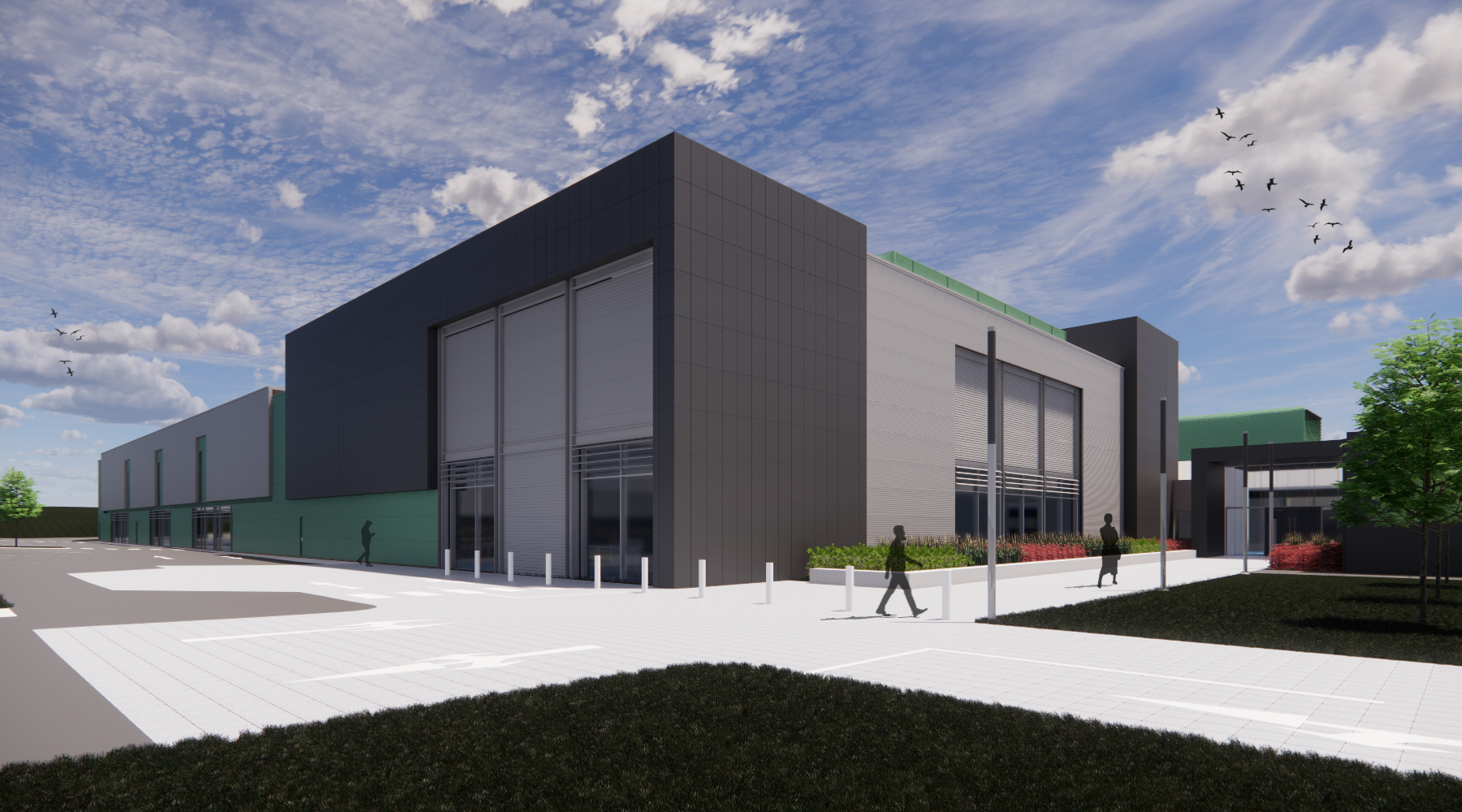 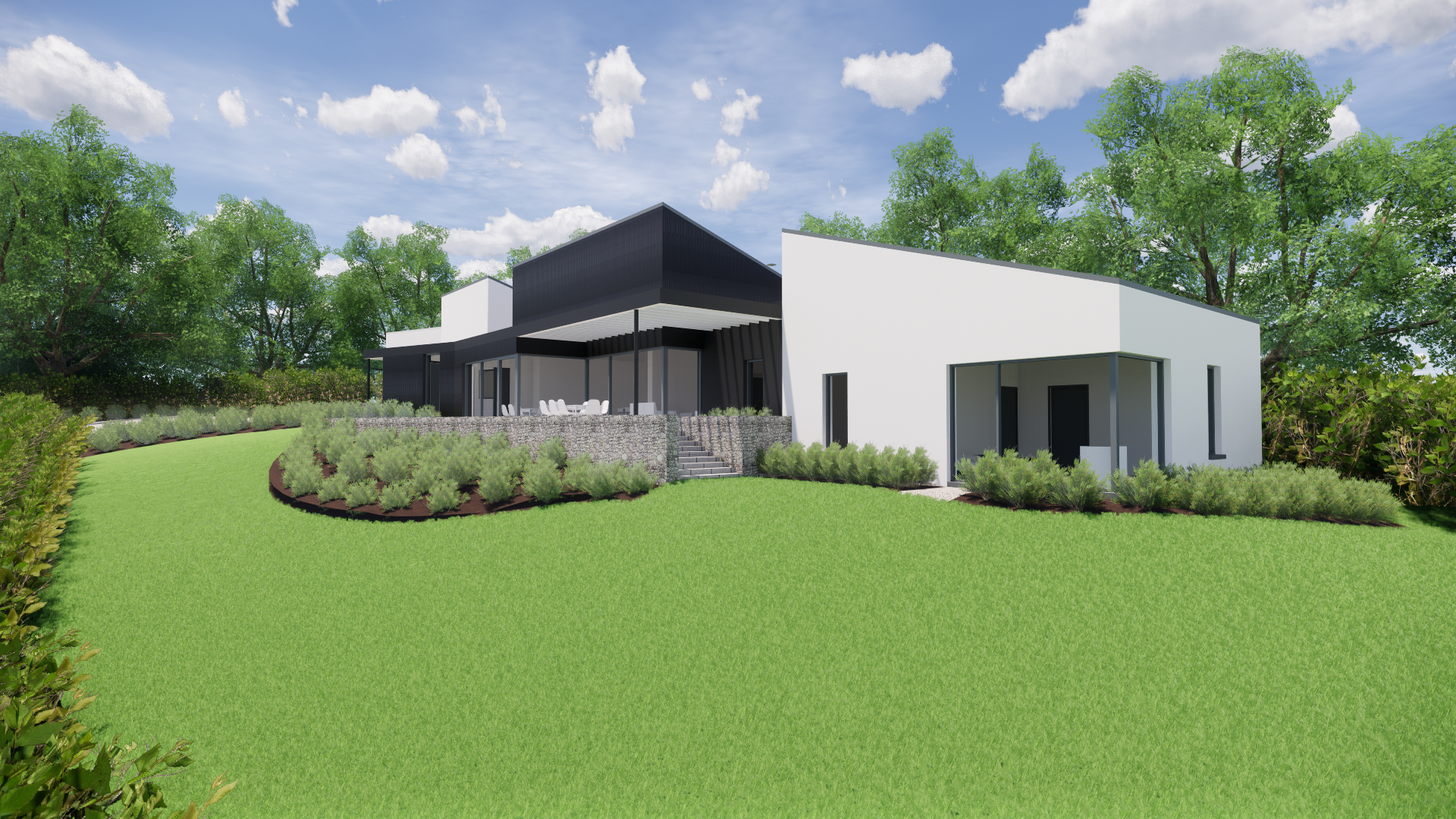